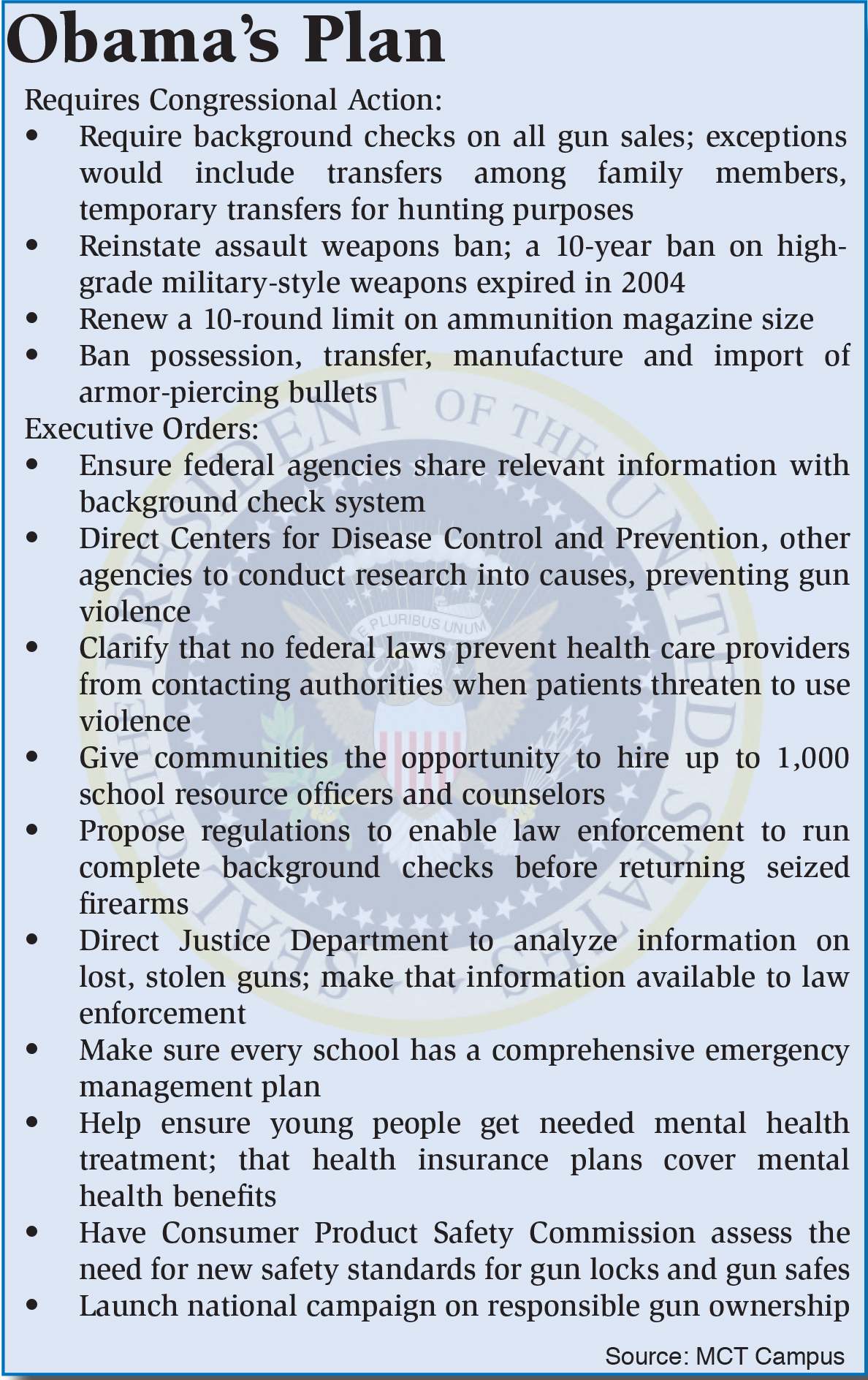 Since the tragic Newtown school shooting in December, debates have started across the country about how we can avoid the next massacre. Everyone seems to believe that some action is necessary, but no one can agree on how it should be carried out.

“He can start by reinstating the ban on assault weapons lifted by his predecessor,” Heartwell said.

Obama began to do just that, as well as push several other reforms and 23 executive orders designed to aid laws and preventative measures already in place.

Shortly after, however, the debate started in Grand Rapids when members of a gun rights activist group arrived for a city commission meeting wearing pistols on their belts.

“The most effective thing to keep people safe is to let the good people have guns also,” Hofmeister said in a phone interview.

“In a world where polluting the air can be called the Clear Skies Act, it should be no great shock that some would argue that carrying more guns somehow makes us all safer,” Heartwell said in his speech on Dec. 18.

Now Heartwell has formed a coalition for gun control.

“My objective is to remove guns from government buildings and voting stations and to keep them out of the places where they are currently banned, such as schools and houses of worship,” Heartwell stated in a letter to another MOC member who offered to join his coalition shortly after he announced its organization. “Given your clear and strongly held position on this matter, I must decline your offer of service.”

MOC has not been deterred by Heartwell’s stance.

“These bans really don’t work,” Hofmeister said. “If you look at the past decade, all of the mass shootings with the exception of one, the Gabby Giffords incident, have occurred in pistol free zones. Historically, across the country, these are killing zones.”

Members of MOC have pledged to continue attending city commission meetings with pistols on their hips, but Heartwell has said he is not interested in finding a compromise and is taking his coalition to Lansing to push for a statewide ban.