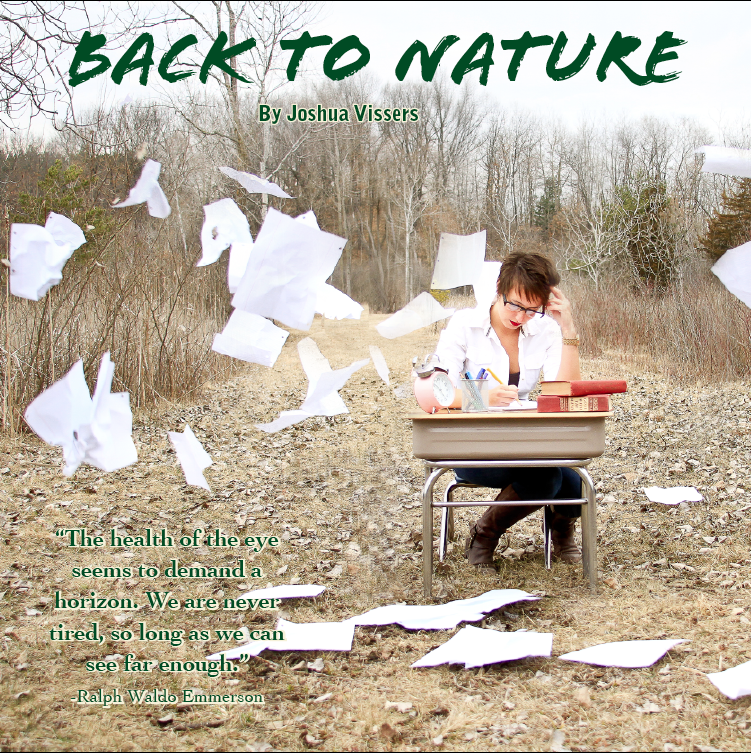 When people think about camping, they worry about bugs crawling on their legs, dirt in their clothes and wild animals fighting to eat the food out of the cooler, and these aren’t things they are willing to hazard just for a couple of s’mores and a view of the stars.

However, recent studies are showing startlingly dramatic effects on cognitive test scores from spending as little as 50 minutes in a natural setting, and it’s likely that the benefits accumulate as you spend more time in the wild. Scientists at the University of Michigan and the University of Utah have been conducting experiments testing Attention Restoration Theory, the scientific term for this idea. 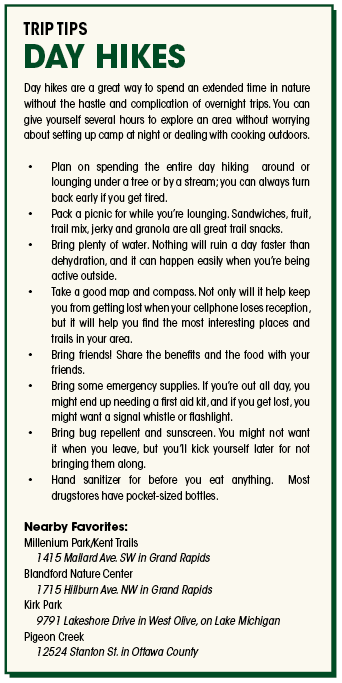 Attention Restoration Theory is the idea that your attention span can get tired from multitasking and focusing, and that certain relaxing activities, like spending time outside civilization, can rejuvenate your mind and allow you greater focus. When you head out into nature, past the reach of cellphone towers and internet access where your focus isn’t demanded by your hobbies and responsibilities, your brain starts operating in “bottom up” mode.  That means that you are starting to pay attention to whatever catches your attention, instead of forcing your mind to focus on certain things. Unlike walking in town, you don’t have to watch for cars or signal lights, and instead, you get to watch the waves on the lake or the wind in the trees or the flames in the campfire. When you get hungry, you eat. When you are restless, you walk. And when you get tired, you sleep. There isn’t anything clamoring for your attention like text alerts or Facebook messages. You’re removed from your normal work and chores, and you don’t have set times for breakfast, dinner or bed. This allows rest to the parts of your brain responsible for holding your focus.

Scientists at the University of Michigan tested the idea by first having some students take a standardized test evaluating their directed attention. They then divided the students into two groups. One group took a walk in a nearby arboretum, and others took a walk down a traffic-heavy urban street. Both walks were about an hour long and roughly 2.8 miles. Once they returned, they all took another standardized test. Students who had taken a walk in nature consistently scored on average 20 percent higher than students who walked down a city street. 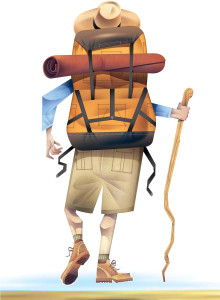 A scientist at the University of Utah is in the initial stages of a study that is testing Attention Restoration Theory effects over a four-day trip. He recently worked with a group of Outward Bound students, testing their cognitive abilities at several points along a four-day trip. He found an average of 60 percent improvement, which seemed to top out after the third day. With such positive results, Strayer hopes to get funding to do blood tests in the field for blood protein markers that would signify greater brain activity.
For years, people have extolled the virtues of spending time in nature and how beneficial it can be for your outlook and your mind. Now scientists are finally taking a close look, proving that it’s true and trying to nail down just exactly what it is that brings those benefits. With a few tips on avoiding the common pitfalls of camping and backpacking, everyone can achieve a clearer head.

My trips often serve more than one purpose. Besides getting away from the worries of everyday life and letting my brain recharge, I like to prove to myself that I haven’t been spoiled by all the modern conveniences, and also that I can still be civilized even without running water and electricity.

I like to go out on backpacking trips at least three times each summer, and while I don’t do any testing on myself, after spending three days away from all the hustle of school, work and daily life, I often feel that my mind is rejuvenated despite the physical exertion of walking anywhere from eight to 20 miles over a weekend and sleeping on the ground.

Of course, there’s no reason to sleep on the ground if you have the right equipment. Last season, I used a hammock tent, which is just what it sounds like: a tent that is also a hammock, which you tie between trees to suspend your bed above the cold, wet and bug-ridden ground. In addition, with no poles, most hammock tents are significantly lighter than normal tents. Some are better than others, and prices vary wildly, so I recommend shopping around if you’re interested.

Cooking in the wild can also be a big problem if you let it be. I’ve tried chemical heaters and stoves and cooking over the fire, and the best solution I’ve found to the problem is to simply not cook at all. Stoves lock up, break, leak and blow out in a gentle breeze, and chemical heaters are messy and toxic. For a couple days, I can live off granola, trail mix and tuna. Biscuits, donuts and cookies help break up the heavy diet, and a candy bar or two to sate my sweet tooth if it starts acting up. If I plan on fishing, I might bring a frying pan and some cooking oil, but I’ll fry it over the fire to save the hassle of setting up a stove and carrying the heavy fuel cannisters for it.

Fuel for a campfire is easy to find if you’re equipped right. It’s considered bad camp etiquette (and is often against the law) to cut down standing trees, so leave the axe and hatchet at home, but a lightweight, folding camp saw works great for cutting fallen branches down to campfire size.

When I’ve finished hiking for the day and set up camp (I like to stop around 4 p.m.), I usually have a couple hours of daylight left to write, take pictures, go swimming or just lay around. Sometimes, if I’m in a group, we’ll bring a frisbee or a ball to play around with, or a fishing pole if we have licenses and it’s the right season. Of course, you can always build a fire and tell stories once night falls, and if you wait until late and let the fire die down a bit, you can see more stars across the dark night sky in the wild than you can ever see in even the smallest of towns.

When I return, not only is my mind refreshed, but I also have a refreshed perspective on life and civilization. I no longer get angry at my phone for dropping a call, because over the weekend, I couldn’t make any calls at all. I don’t get angry at bad traffic, because over the weekend, I walked everywhere I wanted to be. I don’t get impatient waiting for the toaster to finish my toaster pastry, because I didn’t eat anything warm all weekend. It also makes me much more comfortable with the idea of losing these things. I know I can survive without them; I’ve done it several times before, plan on doing it again, and I get better at it each time.