A Grand Rapids Community College student has received a scholarship that will allow her to work and continue her studies in Germany.

Sarah Ross, 24, of Grand Rapids, was one of 10 students to receive a Work Immersion Study Scholarship from Baden-Württemberg Stiftung, a non-profit foundation in Germany.

“I’m super excited,” Ross said. “When I first applied, I was discouraged. They (the other applicants) were all from universities, and I never thought they’d take a kid from a community college.”

Ross is pursuing a degree in Tooling and Manufacturing. She picked up German while she was attending GRCC.

“I work at Rapid Line right now,” she said. “Pretty much welding and cnc (computer numerical control), and some tool and die. I took German classes in school. I just thought it would be fun. Taking another language really helped with my resume.”

Ross believes her upbringing is what caused her to be interested in manufacturing.

“Well, my dad always wanted me to help him build things, and I realized that it’s a skilled trade and that it will always be valuable.”

There are many requirements for someone to receive this scholarship.

“You have to know how to speak German, and they have to have your vocational field available,” Ross said. “Experience is definitely a must. I believe it was probably my biggest draw to them.” 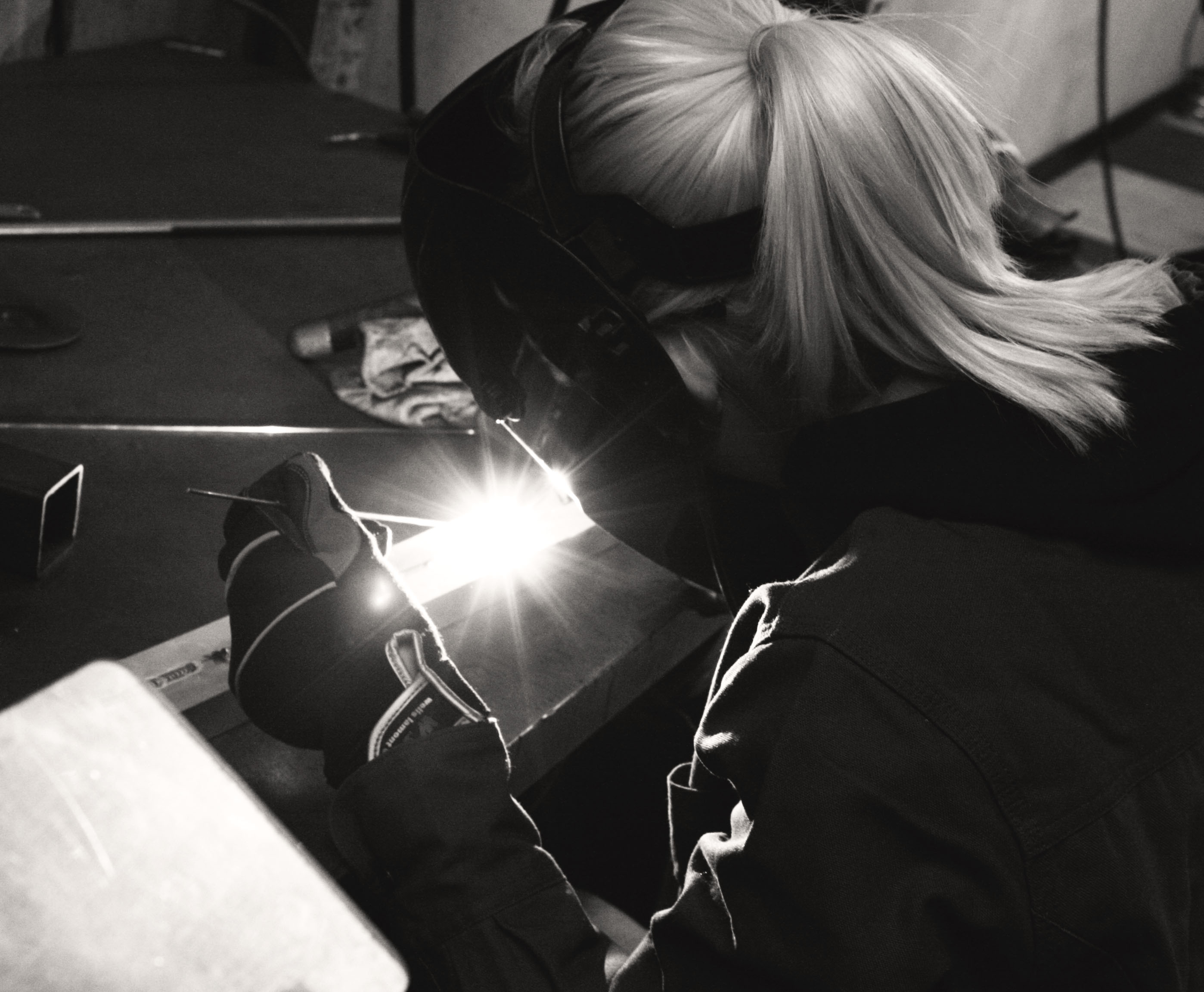 Aleta Anderson, a German and Spanish associate professor at GRCC, is Sarah’s teacher and the one who pushed her to apply for the scholarship.

“I am thrilled for her,” Anderson said. “I encouraged all of my students to apply for this. It’s just amazing and really exciting that one of our students was awarded the scholarship. Being that most of our students that applied are here for two years, going against four-year students makes it that much better.”

While discouraged at first, when Ross found out she was a finalist, the possibility of receiving the scholarship set in.

“As it got closer and closer and I got into the top 20, I started to think it was all possible,” Ross said. “When I found out I got it, I was more excited than surprised. It felt like all the hard work of applying for it and going through the process had paid off.”

Ross heads to Germany for three months on May 31. She would like to work for a German-American manufacturing company when she graduates.