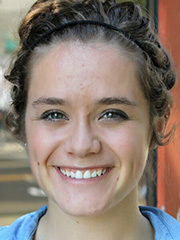 The students selected to perform in this recital included a wide range of talent. In addition to singers the performance also it showcased many different instruments, such as the euphonium. This instrument, like many others, has a deep rich sound that blends with the piano very beautifully. The two instruments glided together to perform a “Concerto for Euphonium Lento.” The euphonium was played by Andrew Magnussen, accompanied by Kenneth Bos on the piano. These two were an exciting team to listen to.

Four students collaborated together to perform what looked like a very complicated piece called,”Piano Quartet in E-Flat Major, Op. 47 Sostenuto assai- Allegro, ma non troppo.” A long intimidating title for a difficult piece, but that didn’t stop Linssey Ma on the violin, Alfred Bryant on the viola, Kirk Mcbrayer on the cello, and Sarah Apol on the piano, from working very hard to make this piece a success. There are many different elements in this type of piece. If anyone misses one cue, the whole piece has the potential to go drastically wrong. This team however made sure that was not the case at the recital. It requires a lot of focus and concentration to keep up with each other and stay in rhythm. This specific piece showcases the exceptional talent the GRCC music department students possess. They glide along the piece as a team, and you could feel how they all come together to create a moving, exciting, but relaxing piece. There was even some suspense involved, which is hard to create at a recital, as hands are flipping the pages and while keeping up with the tempo, and bodies and heads moving in sync along to the rhythm. This was a longer piece, but there was so much to watch that it was easy to get lost in the music being created by these talented students.

Of course it wouldn’t be music without some singers involved in the concert as well. One student, Chelsea Molin, wowed the audience with her piping soprano ringing throughout the auditorium. There was no need for a microphone. She sang a pretty love song called, “ My Heart Is Like A Singing Bird.” Her voice was rich and strong. One could tell she was confident in her voice. It was impressive to see how high she could go, hitting the exceptionally high soprano notes. She did a great job of keeping the audience entertained with her beautiful voice. Another student, Zachary Lutes, a talented tenor sang a French song called,”En fermant les yeux,” where his voice shined with an opera-like style to it. He even went a cappella at some points staying on key, which is not something everyone can accomplish. Despite the French language barrier you could hear the emotion of desperation in his voice. He was telling a story with his voice that was easily understandable, with his facial expressions and hand movements.

The concert was overall a showcase of the amount of talent the GRCC music department encompasses. There is a wide range of singers, and instruments being taught in this department, and it shows how much passion these students have to create something new and exciting with their talents, whether it be their voice or breathing into an instrument.