On Friday, the next generation of console gaming will officially arrive. One of the most interesting features of the PS4 is called Remote Play. Remote Play allows the PS4 player to ‘untether’ their console and access their PS4 from the Playstation Vita. According to Sony, this means that the Vita can be used to play any PS4 game or access any PS4 programs which would free up the TV for other uses. 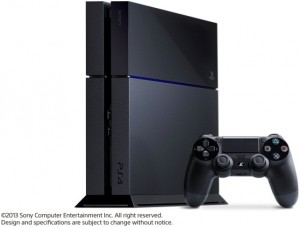 While the PS4 will not feature backwards compatibility with hard copies of PS3 games, within the next year Sony’s cloud gaming service called ‘Gaikai’ will allow PS4 users to stream PS3 games. However it is still unclear if users will have access to games they already own or if they will have to purchase them again. Gaikai will also allow games to be streamed to PCs, televisions, Blu-ray players, smartphones and tablets.

The PS4 will launch with popular video streaming services such as Netflix, Hulu, Amazon Instant Video and Redbox Instant streaming. In addition, the PS4 comes with a program called ‘Video Unlimited’ which is a streaming service that includes a huge library of movies and TV shows. This program will have new movie releases which will be available weeks before their DVD/Blu-ray release, and TV shows will be streamable the day after they air.

According to the Playstation Technical Specs page, the PS4 is a powerful gaming machine. It comes equipped with a custom AMD graphics card and an unheard of 8GB of RAM. To put that into perspective, the PS3 had 512MB of RAM. That means the PS4 has sixteen times the amount of RAM. That amount of power makes the current generation of consoles look like a joke.

Another big part of the hardware that is not well understood is that the PS4 utilises an X86 processor. Essentially, the X86 Architecture is the ‘language’ that the processor speaks, and the processor would be the ‘brain’ of the machine. The processors used to run Windows also happen to speak this same ’language’ and have for years. Why is this important? The PS3’s processor, while powerful, spoke a completely different ‘language’. So every time a piece of software written for another platform was to be ported to the PS3, it had to be ‘translated’ to be read by it’s processor. This meant developers had to learn an entirely new system architecture to put their games on the PS3. Now the processor in the PS4 speaks the same language as Windows processors, developers won’t have to do any additional learning to make games for the PS4 and it will be simple to port games to and from PC, making for better quality games sooner in the console’s lifetime.

Essentially, the PS4 blows the previous console generation out of the water. The PS4 is a huge leap forward in terms of the features available and the sheer power of the console. With it’s fantastic potential, we can expect a great deal from the PS4 in the upcoming generation.