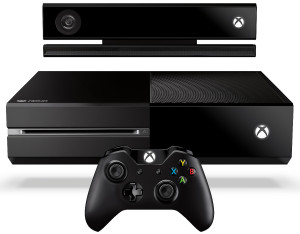 The next generation of gaming has officially arrived. In a previous article the PS4 console was covered, and now it’s time for the Xbox One, released on Friday, to get scrutinized.

The Xbox One has gone through many ups and downs in popularity since its unveiling back in May. It initially received a good deal of backlash due to a number of unpopular features such as it’s restrictions on used games and the the mandatory 24 hour online requirement. Thankfully, these features having been removed and Xbox One is set to be one of the next big things in gaming.

The Xbox One is designed to be an all-in-one entertainment system according to Microsoft. Essentially this means that the Xbox One will not only be gaming console, but will include entertainment services such as apps like Skype, Netflix, and Hulu. The Xbox One also allows you to connect your cable or satellite box via HDMI cable allowing users to watch all of their favorite TV shows on the console

An updated version of the Kinect is bundled with the system but is not required for the system to function. This new version of the Kinect is deeply integrated in the Xbox One’s design and can be used to make gestures and voice commands to interact with the Xbox One’s interface. For example, according to the Xbox One Promotional Video saying commands like ‘Xbox on’ will cause the console to start up and resume what it was doing previously, making for a more convenient system interface.

The Xbox One will be cloud-powered, so while a constant internet connection will not be required for the console to function, developers will have the chance to modify and update games over time. This will also allow user to have access to all of their downloaded games and apps from any Xbox One system.

Although it has been compared to the VCR for it’s relatively massive size, the Xbox One is expected to bring in as much hype as the PS4. While the initial sales numbers haven’t been revealed yet, EA has estimated 10 million console sales combined with the PS4 by the end of this fiscal year, which is proposed to be the best launch ever for both companies.