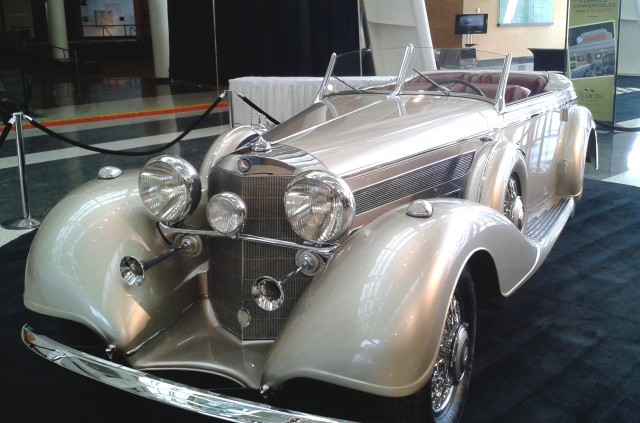 Car fanatics and casual car admirers alike had a treat this past weekend with the return of the Annual Michigan International Auto Show. The event kicked off Wednesday with the Charity Spectacular, an exclusive gala benefiting Helen DeVos Children’s Hospital Foundation, and ran through Feb. 9.

The show featured over 300 vehicles from nearly 40 different manufacturers, as well as more than a few restored classics, and even some concept cars. The large majority of vehicles on display were brand new 2014 models, with eight or nine 2015 models thrown in the mix as well.

“What sets this show apart from other Michigan auto shows is that you can actually can get inside and see how they feel,” said Show Publicist Dianna Stampfler. “Instead of going outside from dealer to dealer, you can do all your shopping right here.”

Other attractions included the Million Dollar Motorway, which featured only vehicles priced at $100,000 and above. The Motorway had the newest models from top-of-the-line manufacturers such as Maserati, Aston Martin, and Rolls-Royce.

Kids and adults alike will have fun rolling around the carpeted highways in peddle carts, while thrill-seeking types can opt for a ride in the Master Craft VR Express Simulator. Also making an appearance are a selection of about ten cars from the Gilmore Car Museum. Attendees can get an up-close look at American history through the lens of classic Mercedes and Cadillac cars, and even an original 1911 Stanley Steamer.