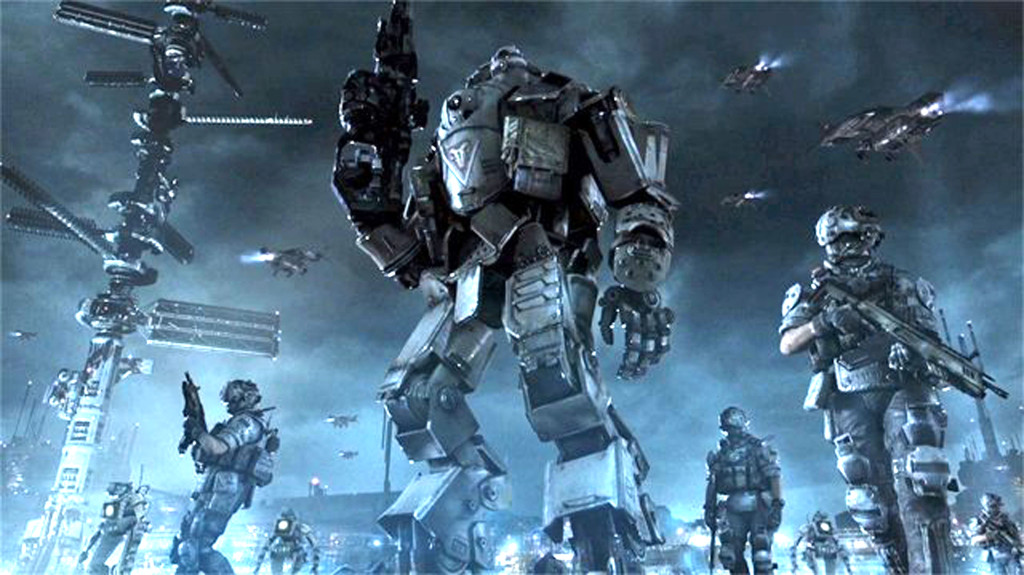 Darting through alleys, jumping from wall to wall, leaping on buildings, and waiting for the the joyous sight of a 20-foot mech suit crashing down on the battlefield is what you can expect from the new game ‘Titanfall”, released on March 11. The game, which retails for $59.99, breathes fresh air into the First-Person Shooter genre, and brings something that’s been missing from other FPS games: fun.

What could be more fun than hopping into a walking tank of destruction, or Titan, and blasting away at everyone you see? Or running at lightning speeds, hopping wall to wall to jump on top of Titan and blast away at it while it tries to swat you off it’s back? Every time I played a multiplayer match I found myself grinning at some crazy maneuver I pulled off.

“Titanfall” is purely multiplayer, there is no single-player campaign. Although there is an attempt at a plot during multiplayer matches, simply two factions fighting it out on a planet, it is bare-bones at best. The matches are also considerably smaller, six-on-six, but this feels just right because there are twice as many AI bots running around for you to shoot or help, allowing you to rack up points. As a pilot, you start off with with standard weaponry fighting with other players and bots, although with alot more speed and dexterity when compared to other FPSs. Once you have successfully waited 3 minutes, or gotten enough kills to drop the timer, your Titan is ready. The Titan battles are a lot different than the pilot battles. Attrition and careful tactical maneuvers are required to win, and this strategic gameplay is what brings a fresh new style to the shooter genre.

Although the match styles are pretty straightforward, such as deathmatch, capture the flag, etc. I never found myself getting bored of what I was playing. The game is nearly perfectly balanced; even a lone pilot can destroy a massive Titan if they’re smart/crazy enough. All the maps are designed perfectly, with open areas for the Titans and crowded areas for the pilots. The game may lack any plot, and the matches may be uncomplicated, but it’s definitely a creative step in the right direction. If you’re tired of the same old FPS games and want something new and exciting for your Xbox One, PC and Xbox 360 (available March 25), pick up “Titanfall”.