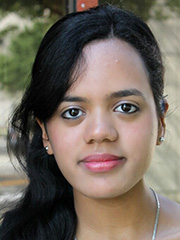 “Venezuela has more to offer than mere political turmoil.” That was a phrase I used the first time I wrote about my country for The Collegiate. However, turmoil has been in the headlines for the past month.

Since February, countless protests have been going on in Venezuela. The government’s incompetence has gone out of control and citizens have taken to the streets to defend their rights.

The administration’s “best” response to these issues was to order the police and the National Guard to attack the people they were supposed to protect. Human rights violations continue to increase as the conflict develops.

The national media is cowardly self-censored, and international news agencies have also been attacked or show no interest at all. Many protesters have been imprisoned, beaten, tortured, and killed, yet the fight against oppression continues. A fight led by college students, like you and me.

If it helps putting things in perspective, imagine for a few moments that you are living in a foreign country of your choice. Suddenly, you find yourself checking Twitter and Facebook even more than usual. You see photos and video footage of downtown Grand Rapids filled with protesters. A photo shows Fulton Street blocked with barricades placed by the civilians. In another you can see the Van Andel Arena’s glass entrance has been completely shattered and burned cars surround it. A video you open displays the Grand Rapids Community College campus, where a group of people are trying to run away from a shooting; some get caught and beaten by policemen;  a person falls to the ground, an unfortunate victim of one of the countless shots.

All this violence takes place in the areas you were so used to seeing every day, where you spent so many good years of your life. You are constantly in touch with your family and friends to make sure they are okay. However, each time you are about to open a new photo, video, or article, you are afraid that this time you are going to recognize a face in it. Despite all this, life goes on wherever you are, and you must do the same while a part of you tries to cope with the fear.

If at this point you think I might be exaggerating with that scenario, I honestly wish I were. But that has been my experience as a long distance witness. The place where I’ve grown up has fallen apart as a product of the merciless ambition that drives its leaders. A totalitarian government was raised 15 years ago, and their only contributions have been a destroyed economy, poor social services, and dreadful safety.

For that reason, people have come together to put an end to all the years of abuses and injustices. The fight for freedom and rights, however, has never been and will never be easy. As I mentioned earlier, college students stood up and began this movement that is attempting to save the country. Many have joined them in this fight, trying to assure a stable future for themselves and generations to come. This can be seen as an example of the important role the youth can play in a nation’s development and freedom. Its protection is in their own hands.

I do not pretend to give an extensive historical background or analysis on the protests. I only write in the position of a person whose homeland, family, and friends are in the midst of turmoil while she’s miles away. Was there a reasonable excuse for leaving? Maybe there was, or maybe there wasn’t. But I do hope that those who are fighting reach their goal and Venezuela can experience a better and prosperous future…  I also wish I had shared their bravery.