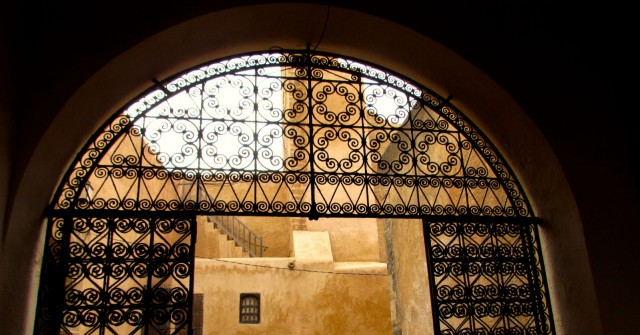 Pictures shown above were all taken in Rabat, Morocco on May 19

We arrived around noon in Morocco on May 18. Our flight took us straight from Chicago to Madrid, and then to Casablanca.

The first taste I really had of the culture in Morocco was at the airport. Our group had arrived in Casablanca with most of the females in our group wearing scarfs draped around our heads. We did this as a way to show respect for the more conservative culture that we were about to immerse ourselves in.

As we headed toward the ATM in the airport, a Moroccan woman who was probably in her early 20s approached us.

The woman said something along the lines of “I don’t mean to intrude or anything, but I just wanted to thank you for respecting my culture by covering your heads. So many tourists come to Morocco, and are so disrespectful in their dress to our culture. It made my day seeing your group with your hair covered.”

I was stunned, and did not know how to respond to her interaction. I was pleased that our efforts to be respectful to the culture had been well received.

Another awakening I had in the airport was realizing that I was going to have to pay to use the bathroom each time. Throughout our trip, there would be a woman sitting outside of the bathroom collecting a few dirham from each person who entered.

Further from the airport, I quickly realized that we were indeed in another country because of all the hitchhikers that were lining the side of the road.

As we drove about two hours, from Casablanca to Rabat, I started to notice the drastic differences between Morocco and the United States. While the highway we drove on at the time looked quite modern, all the buildings we passed looked older than anything in the United States. No matter how old each building looked, there was still a Satellite dish on top of each home or business.

When we arrived at a hotel in the city of Rabat, our first stop on the trip, I noticed a picture of the current King of Morocco, Mohammed VI, and his family hanging in the hotel. I would learn throughout my time in Morocco that this was a very common way citizens honor the royal family in their country. Most of the hotels, businesses, and restaurants I went in during this trip had the King’s family picture in it.