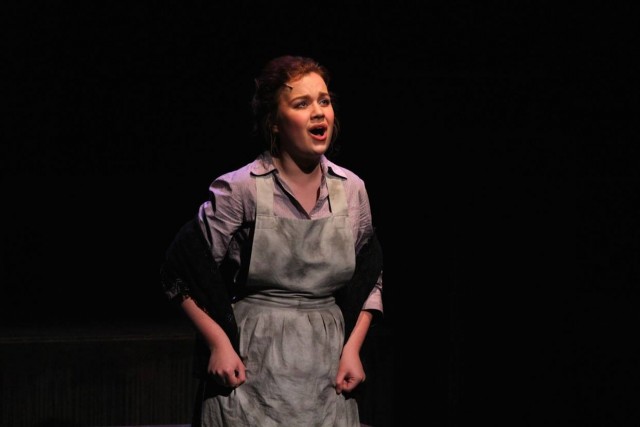 The Grand Awards is Grand Rapids’ version of the Tony Awards for Broadway shows. The Grand Awards nominate and award the best shows put on each season by local theater companies in the area. Money from the event goes toward scholarships for high school and college students.

Michelle Urbane, GRCC theatre manager, and Tom Kaechele, head of the theater department, were very excited for their students and staff for reaching this accomplishment.

“We believe we do quality work with the students, but it is always nice when an outside group recognizes that,” Kaechele said.

Although GRCC’s theater department has received nominations and awards in the past, this is a record-breaking year for nominations.

“We’ve celebrated nominations in the past, but we were thrilled to learn how many we received this year,” Urbane said. “We applaud Rob Karel for encouraging us to produce our first musical, “The Hatpin,” and the music department for jumping on board with the collaboration.”

“Anybody nominated certainly has a chance of going home with an award, but regardless of the outcome, we’re extremely proud of the actors and the productions,” Kaechele said. “It sets the bar high for next year.”

Both Urbane and Kaechele said they were especially proud of the collaboration between GRCC’s music and theater departments to put on the show, “The Hatpin.”

Postman graduated from GRCC after the summer 2014 semester, and recently transferred to Western Michigan University to study design and technical production with a focus in lighting design.

In addition to her scholarship, she was nominated as outstanding lead actress in a college production for her role, Amber Murray, in “The Hatpin.”

“I was elated to find out that “The Hatpin” was nominated for seven different awards,” Postman said. “As an artist, it is always humbling and wonderful to know that you are able to touch people with your art. Knowing that and reaching people’s hearts and minds is not something that I take lightly. This production touched me, it is a story if hope and strength, and one that was so beautifully written. Everyone involved made the experience one that I will never forget.”

Last year Postman won a Grand Award for outstanding supporting actress in a college production for her role as Maribel in the show, “Crooked” with the GRCC Players.

“The theatre community in this area is outstanding,” Postman said. “The talent and quality of shows is something to be proud of, but the sense of community is what made it hard for me to leave…I feel that I have been prepared to deal with anything this industry will try to throw at me with the help of those here who took the time to invest in me.”

The 18th annual Grand Awards will take place at the Civic Theater Grand Rapids on Oct. 12 at 6:30 p.m.

GRCC’s theater department was nominated for the following categories:

Lead Actor in a College Production

Supporting Actress in a College Production

Nubia Gomez as Harriet, The Hatpin

Lead Actress in a College Production

Meeka Postman as Amber, The Hatpin

Director of a College Production