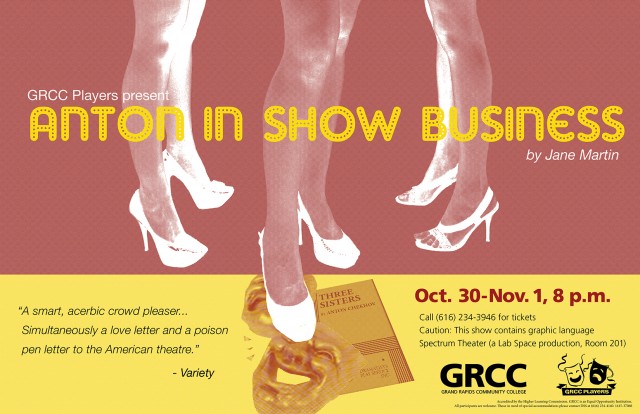 A satire on theater show business, clichés, and what it takes to put on a play, “Anton in Show Business,” by Jane Martin, will leave the audience laughing and with a better understanding of the complex nature of theater.

Director Tom Kaechele, said that rehearsals are comprised of excitement and energy from the cast. He hopes that the audience will come with an open mind to appreciate the art of show business.

“I want them to laugh a little and come away with a better understanding of the complexities of producing a piece of theater in the 21st century,” Kaechele said.

Jenna Bassett, 18, is playing the role of Casey in “Anton in Show Business” for her first college production. Bassett says she couldn’t be happier with the friends she’s made through this production’s cast.

“This play is truly unique,” Bassett said. “It sort of breaks the fourth wall of theatre, discussing the issues of the theatre and the context of the play as the play is happening…I really hope the audience finds that as interesting as I do.”

Performances will be at 8 p.m. Oct. 30 through Nov. 1, at Spectrum Theater’s Black Box in Room 201. Tickets are $10 for general admission, $5 for seniors, GRCC staff, and other students, and $3 for GRCC students. 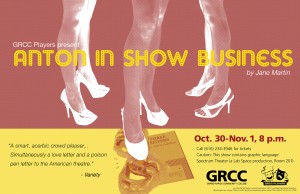