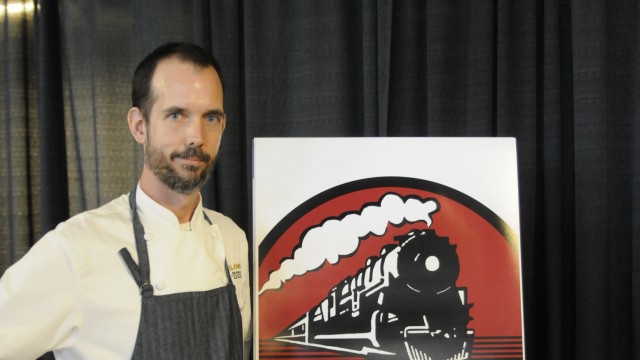 The Grand Rapids Downtown Market  is getting a new restaurant in the spring of 2015.  Slows Bar B-Q, a successful downtown Detroit restaurant that is known for its slow-cooked barbeque will fill the market’s southeast side, which is located at the corner of Iona and Logan street.

“Slows is a notable success in downtown Detroit. Its upcycled atmosphere, delicious menu, commitments and their craft make them an ideal addition to the Downtown Market,” said Mimi Fritz, president and CEO of the Downtown Market. “We are thrilled to introduce Slows and their authentic take on barbeque to West Michigan.”

Slows is the first restaurant  to commit to the Downtown Market, and its first expansion outside of Detroit.

“Grand Rapids is awesome, and a vibrant community.” said Brian Parrone, executive chef and part owner of Slows said. “We are looking forward to being part of the Downtown Market.”

Slows opened in 2005 on Michigan Avenue, in the part of Detroit known as Corktown. It has become one of the most popular places for barbeque in Michigan and has received recognition in national food and entertainment media. Slows was featured on an episode of Man vs. Food.