A man from Muskegon was given 30 years on Sept. 16 for child sex trafficking. He sought out lonely middle and high school girls with a fatherless void in their lives. After gaining their trust, he would drive them to Grand Rapids where he put them on the streets to solicit sex.

Michigan is considered a top five state for human trafficking. Crimes are widely under reported, and many times, cases are pled down to a lesser charge. In a 2013 sweep called Operation Cross Country, the FBI arrested 150 pimps and recovered 105 children in cities nationwide. 18 pimps in Detroit were arrested, the most in any city. 10 children were found, second only to San Francisco where 12 children were found. The state department estimates that 2,400 children are being sold at any given time just in Michigan (Michigan Commission on Human Trafficking).

The Michigan legislature is recognizing the growing problem. On Oct. 2, the State Government approved 19 bills targeting human trafficking. The Theresa Flores bill, named after a trafficking victim, permits prosecution of human traffickers, 25 years past the time someone forces someone into the sex trade. Other bills increase penalties on solicitors of prostitutes and strengthen law enforcement statewide.

In West Michigan’s conservative culture, religion plays a major role in the daily lives of a large percentage of the population. This is especially significant outside the city in suburbs or in Holland. People mind their own business and do not like to speak of the atrocious realities that happen in others’ backyard. Women at Risk International (WAR) is an organization based in Wyoming, Michigan and helps victimized women. They were interviewed by FOX17 this past June and said 12 of the 15 demographics that draw the attention of human traffickers can be found in West Michigan. They specifically identified the conservative community, as part of the problem. Other organizations, such as the West Michigan Child Exploitation task force and the Internet Crimes Against Children task force, battle human trafficking in West Michigan as well.

The increased resonance of the trafficking issue is felt not only by ascending systemization that tracks data and combats trafficking cases, but socially through art. At ArtPrize Pamela Alderman has promoted awareness of the flesh trade through her art. She is one of four artists this year highlighting the issue with their work. In an email interview, she explained why she did her project, “The Scarlet Cord.”

“At nineteen, I traveled to Europe,” Alderman said. “One of the stops on our tour was the Red Light Windows of Amsterdam. This was my first exposure to sex trafficking.”

“As I stood in the middle of the district, window after window displayed women perched on chairs, selling their bodies. Next to each window was a door, a steady stream of men flowed in and out of each door. As men purchased sex in broad daylight in front of camera happy tourists, everyone seemed amused.”

“That night I couldn’t sleep. The enormous abuse and degradation of women I had witnessed earlier that day overwhelmed me.”

Alderman emphasized the importance of the involvement of all by voting for compassionate bureaucrats and utilizing the internet and other media outlets to defeat ignorance. She did, however, say people are becoming more knowledgeable.

“People are joining the conversation and showing concern for this issue,” Alderman said. “But there is still a lot of work to be done in increasing awareness. It is important that our society starts to see children as victims verses willing participants in the commercial sex industry.”

The encouraged role of the daily citizen in society can be summed up simply as being aware. Human trafficking is real and happening. 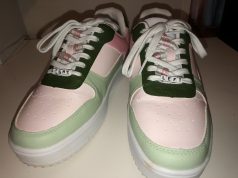