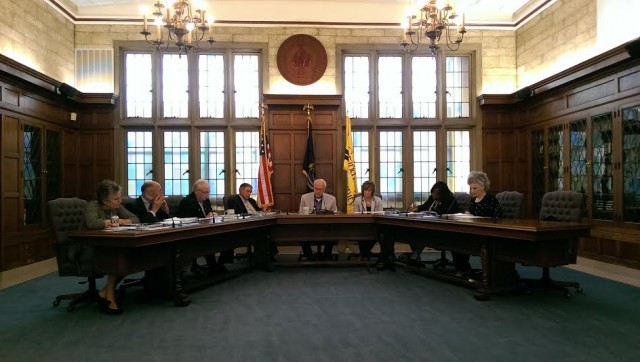 Grand Rapids Community College is one step closer to rolling out the new craft brewing program, set to undergo construction this semester.

The Board of Trustees unanimously approved Vice President of Finance and Administration Lisa Freiburger as an authorizing officer for the operation of the Secchia Institute for Culinary Education brewing program Thursday morning.

“We think it’s another great connection between the community college and the community,” said Chairperson Bert Bleke before the vote.

Freiburger said being an authorizing officer is one of the steps to kickstarting the program.

“This is really a piece of the process that we are going through on the federal level to appropriately seek all of the permits that we need,” Freiburger said.

The Brewing Program is planned to be a certified program, run like many through the SICE. Construction of the brewing equipment will be funded in part through the Skilled Trades Equipment state grant. The budget is approximately $800,000, Freiburger said.

GRCC has partnered with local brewers to help advise the program, including Founders Brewing Company.

“This program is a direct result of our community partners asking, and actually making it known, that as craft brewing is so prominent in Grand Rapids and West Michigan, it continues to grow,” Bill Pink, Dean of Workforce Development, said. “This is the result of listening to our partners say, ‘We need some training to make sure we have (a) workforce that’s able to handle this growth in this area.’”

The school intends to have a “brew pub” located near the Heritage Restaurant.

The new brewing program instructor is expected to be hired by the spring of 2016.

“It’s very innovative to be a community college that’s out in front like this,” Pink said.

Trustee Richard Stewart attended the meeting via speakerphone. Trustees Ellen James and David Koetje were not present at the meeting today.