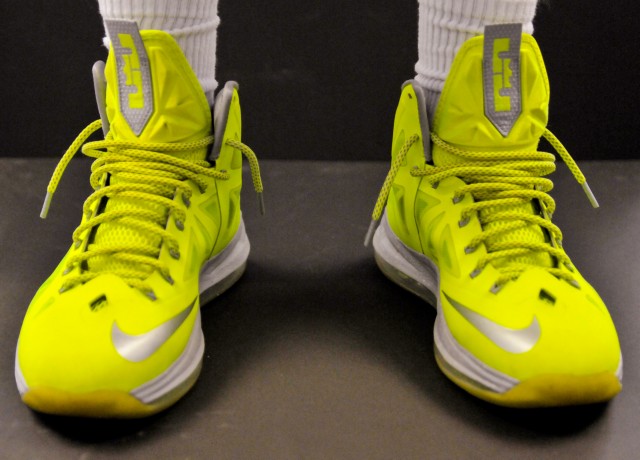 With Black Friday and Christmas right around the corner, Sneakerheads are already preparing themselves for all the hype and craziness that comes with sneaker releases during the holidays.

A Sneakerhead is a person who collects trades and/or admires sneakers as a hobby. Like most collectors, they are passionate and dedicated to their subject. Many are knowledgeable about the origins and history of sneakers.

If you were to ask most Sneakerheads about why the black and red Air Jordan 12s are called the “Flu Game” 12s, they would tell you it’s because Michael Jordan played with a pretty serious case of food poisoning in Game 5 of the 1997 NBA Finals. They would also tell you it was an iconic performance because Michael ended up with 38 points, and would collapse into Scottie Pippen’s arms at the end of the game, creating an iconic photo for a historical performance. Knowing the history of sneakers is the reason why a lot of Sneakerheads love sneakers so much.

The holidays will always come with a highly anticipated release on Black Friday and another one closer to Christmas. This year, the Air Jordan 8 “Aqua” will be releasing Black Friday, and the Air Jordan 11 “72-10” will be releasing Dec 19. The “aqua” in the Air Jordan 8 name refers to the color scheme of the shoe which incorporates bright concord, or purple, and aqua into a mostly black, flint, and grey basketball shoe. The “72-10” concept for the Air Jordan 11 is inspired by the record-setting season by the Chicago Bulls in the ’95-’96 season, when Michael Jordan won the MVP and the Bulls won the NBA Championship.

Will Tran, a Sneakerhead and employee at All City Kicks, an Eastown sneaker boutique, said they will not have either sneaker for the holidays, but will be doing something for Black Friday.

“We used to have Jordans … last time we had (Jordans) was back in 2007,” Tran said about why they don’t sell Jordans. “When you want to sell their retro’s, they make you jump through a lot of hoops before you can get to the good stuff. So basically, you have to buy the team Jordan stuff, all the apparel with it, basically the stuff people don’t want to buy, that’s what they feed you first to see if you can sell it before you get to the good stuff [sneakers].”

Tran said they were breaking even, just barely making money by selling Jordans, so the boutique decided to stop selling Jordans after 2007 because it was not profitable.

Jordan Brand is known as the classic and most popular brand collected by Sneakerheads, but collectors are beginning to transition from Jordan to brands like Asics, Saucony, New Balance and Puma. Adidas is also rising in popularity with the addition of Kanye West creating his own line of sneakers that have been very successful this year.

Tran said ACK would be having a Black Friday sale, but couldn’t discuss sale details. If it’s going to be anything like last year, than expect there to be a 25 percent discount on everything.

With every subculture out there, there are always people who claim to be a part of it, but are just in it because it’s popular. Now there isn’t an official name for someone just claiming to be a Sneakerhead, but Hypebeasts and Resellers are the closest they come, along with people that just act and dress like they think Sneakerheads should.

Hypebeasts are some of the more hated of people claiming to be sneakerheads. Generally, Hypebeasts will buy clothes over necessities. They’ll eat ramen noodles for a month in order to buy expensive clothes and sneakers. They will do the aftermarket math before they buy the sneakers. They focus on buying the sneaker in order to flip it after release date for a profit. Every brand that they’ve never heard of is automatically poor quality, or is dismissed as not worth knowing about.