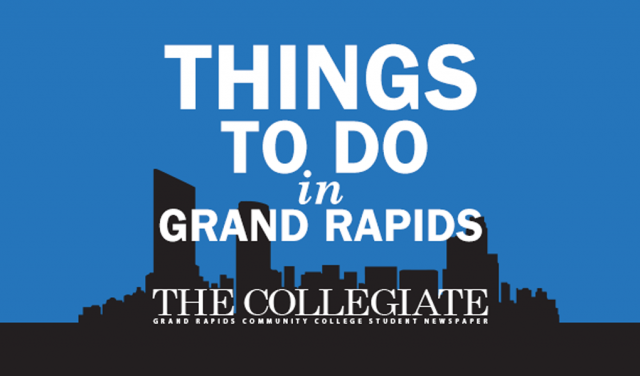 This week’s list of events includes a history exhibit, fitness education, a Louis Armstrong tribute and the Harlem Globetrotters.

There are two Grand Rapids Drive games this weekend, both at the DeltaPlex Arena. The first game is at 7 p.m. Friday and the Drive will face the Sioux Falls Skyforce. The second game is at 4 p.m. Sunday against Raptors 905. Raptors 905 is a Canadian team in their first year in the NBA D-League. Ticket prices range from $5-$30 depending on seat choice.

What a Wonderful World: A Louis Armstrong Tribute will be performed by The Grand Rapids Symphony at the DeltaPlex this weekend. Performances take place at 8 p.m. Saturday and 3 p.m. Sunday. Admission is $18 and $5 for students. The tribute show will include many of Louis Armstrong’s biggest hits and features.

Fit Friday “Education on Health, Fitness and Wellness” by Grand Rapids Community College’s Exercise is Medicine Team is hosting Boot-camp Class with Laura Kennett in room 304 of the Ford Fieldhouse. The free class starts at 2 p.m. and lasts approximately 30 minutes. Boot-camp class will include education and explanation of proper warmup and cooldown techniques. The workout is for students of all skill levels and will include balance challenges, bodyweight exercises and strength training. It is recommended that participants bring comfortable clothing and water.

The Harlem Globetrotters are coming to the Van Andel Arena on Sunday. The game starts at 2 p.m. and ticket prices range from $22-$99. The 2016 world tour is also the Globetrotters 90th anniversary tour. Tickets can be purchased at Van Andel Arena box office, Ticketmaster or by phone at 800-745-3000.

Grand Rapids Public Library will host History Detectives 2016 at the Main Library’s Ryerson Auditorium on Saturday. This is an all day event and runs from 9:30 a.m.-4 p.m. Admission is free and open to all. There are six different sessions in this event and all are 45 minutes in duration. The sessions include Kindergarten and Radical Women in 1890’s Grand Rapids, When Everyone Knew Everyone: Forming a Latino Community in Mid-Century West Michigan, Retail Icons: Shopping Downtown in 1950s Grand Rapids, New-Car Smell: Nostalgia and the Story of Grand Rapids Car Dealerships, Modern Design Leader: The Story Behind Herman Miller, and The Intoxicating History of City Brewing. For a full list and times, visit GRPL’S event page.