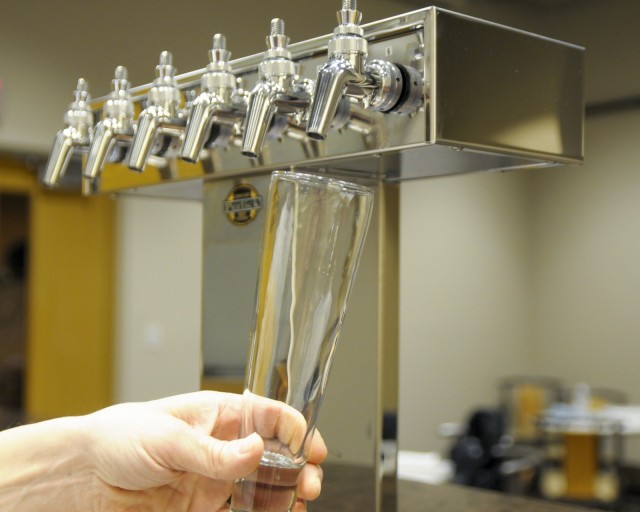 The first Craft Brewing, Packaging and Service Operations Certificate program of its kind will begin at Grand Rapids Community College this summer. With the implementation of this program, GRCC will be among two other colleges in the West Michigan area that are catering to the rise in popularity of the craft beer scene.

“Once again, we’re going to be put on the map as one of the best in the nation for what we do,” said GRCC Secchia Institute for Culinary Education Program Director Dan Gendler. “Not just our program, but Grand Rapids Community College in general…This is just another one of those feathers in our caps.”

As more craft breweries open up, there will be a demand for qualified individuals in the field.  The program will take two semesters to complete and will be held in the new pub’s bar area off of The Heritage.

To “round out the education,” Gendler said students will be brewing beer for tap and bottle production.

Two class sections will brew beer, a beginner class brewing the basics and an advanced class brewing more involved flavored beers and potentially lagers and aged beers. Another class will run the taproom.

“Within the two semester program, not only are they going to be running the operation like they do The Heritage, but there is an additional class that is an internship,” Gendler said. “It’s an additional, layered educational experience whereas in other programs, the first time they’re actually running an operation is only in their internship.”

The programs rounds up a total of 57 contact hours within two semesters.

“Our program will give them business skills, operational skills, craft brewing skills, it’ll do it all,” Gendler added.

While both Western Michigan University and Kalamazoo Valley Community College are both offering similar courses as of last year, GRCC’s will have an edge. This will be the first community college in the country to have it’s very own brew pub on campus, located off of The Heritage in the Applied Technology Center.

GRCC’s new craft brewing program coincides with Grand Rapids’ “Beer City” title. There are now at least 11 breweries and distilleries in the Grand Rapids city limits alone, without taking into account the numerous breweries in the surrounding areas.