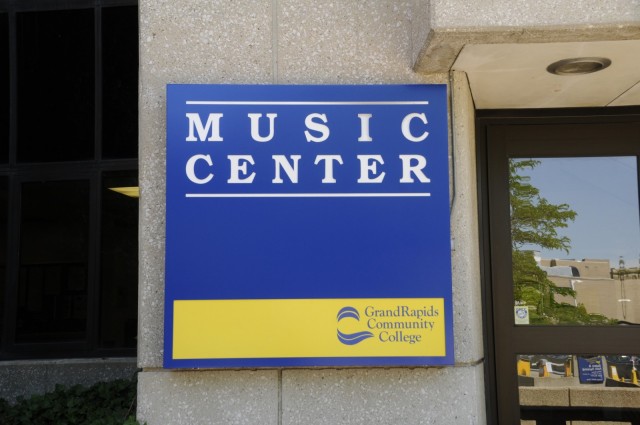 The Grand Rapids Community College music department’s accreditation from the National Association of Schools of Music (NASM) has been renewed.

The entire process takes more than a year and requires an extensive self study. Accreditation is valid for 10 years and GRCC has been accredited since 1977, the longest standing accreditation in the country.

“NASM accreditation didn’t mean much to me when I first came to GRCC back in the winter of 2014, but after learning what it was, and what it meant, I was impressed. Learning that I was attending, and would be graduating from a school with NASM accreditation made me feel confident I would have the skills necessary to take on the bigger four-year university I would be transferring to following GRCC,” said Arthur Jones, 21, Recording Technology student.

The process of accreditation includes not only the self study, but a critical evaluation of strengths and weaknesses in the music department. After the self study is submitted, an on-site visit is planned. After the visit, a report is submitted to NASM to be evaluated.

“Accreditation is an affirmation by our peers…our students are being prepared to transfer very easily because they are meeting exactly the same standards and we are recognized for that,” said Kevin Dobreff, music department head and program director.

“It feels good to be held to such standards because I know I will be ready for those aforementioned bigger universities,” Jones said. “I would rather run into and figure out a methodology of fixing an issue here at the GRCC music department where I have close and direct sources of help, instead of at a larger school where that help may be harder to get. Knowing this, as well as that GRCC is accredited, certainly makes me feel confident that I will be ready when I transfer, which will be at the end of this upcoming winter semester.”