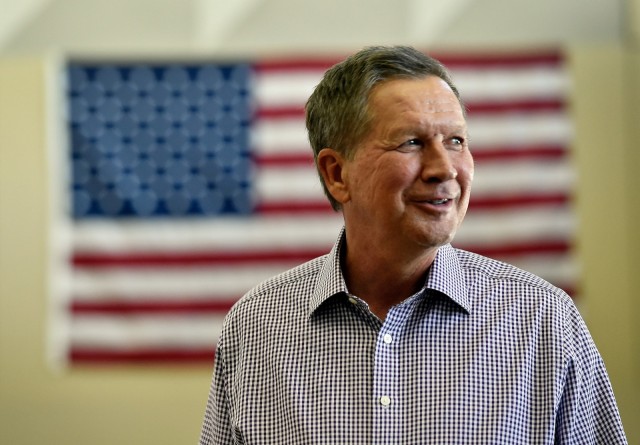 “(Kasich) reached out to me through his campaign directly with the Ottawa County Republican Party Chairwoman and had special interest in holding a town hall event at Grand Valley State University next Monday,” said GVSU College Republican Chairman Mike Sullivan.

In the next 48 hours, Sullivan, 21, and his team were able to reserve space in the Grand River Room on the second floor of the Kirkhof Center for the event and have started reaching out via Facebook.

Both students and community members are invited to attend. The event is expected to see around 300 guests, with a room set to hold 500. The location has already been changed because of the amount of reservations being made.

Although the event is free and public, the organizers are asking those who wish to attend to RSVP.

Sullivan said guests should arrive by 9:45 a.m. with Kasich set to speak from 10-11 a.m. Parking is available at meters outside the Kirkhof Center or in student commuter lots with a guest parking pass from GVSU Parking Services.

“I think he can bring a conservative message to campus to inspire students to become engaged in politics,” Sullivan said. “I would like the residents of West Michigan to come out and just hear the governor speak on his vision for America and leave it up to them to decide who they’re going to support.”