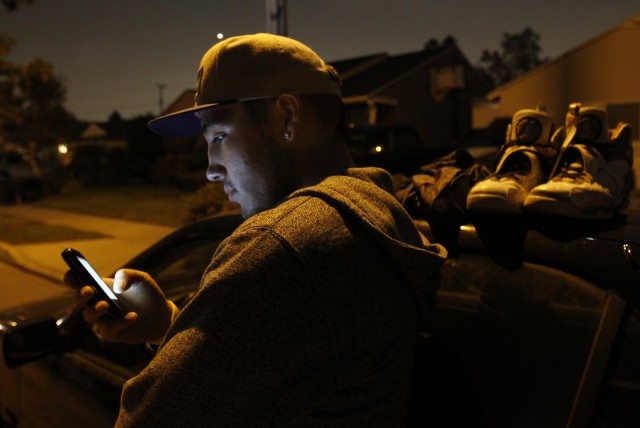 Throughout the last two decades, text messaging has evolved from the inconvenient feature on a cell phone that no one really understands to the prevailing reason most people own a cell phone. Before the smartphone movement, cell phones had gone through another movement. Instead of being shaped to make it easier to make a phone call, cell phones were optimized for texting, with full keyboards. Texting caught on and has become a dominant form of communication.

I have found that it is incredibly difficult to get a hold of many of my friends over the phone. When they receive a call, they usually let it ring. They might text me after it goes to voicemail to see why I called. Behind a screen, drawing a conversation out into short comments sent individually seems to make more sense than spoken words to most people.

Texting has provided us with a comfortable, but skewed method of conversation. It allows us to be very deliberate with words, however emotion and tone can’t be sent along with the words. Many people prefer texting because it doesn’t require them to show their true reactions.

Jill Spruit, student at Grand Rapids Community College, believes that texting may be affecting our conversation and social skills outside of phone use.

“I think there’s a lot more social anxiety because of texting because you can hide behind a wall,” Spruit said.

We have been acclimated to a situation in which we don’t have to be sincere. When we do decide to be sincere, we don’t always use the most natural word choice. The virtual wall created by our phones gives us an easy way to omit our natural emotional response from the conversation.

It is rare to find oneself in a group setting in which all people are completely devoted to the current conversation anymore. It is the new normal to multi-task between talking to the people in front of us and the people on the other end of a text message. Although we can talk to multiple people at one time, we have a harder time comprehending two conversations completely. We lose connection with individuals in the same room as us in order to maintain a virtual connection with others.

Texting is not entirely a negative concept. It has proven to be an extremely convenient form of conversation. Every time we have a thought we wish to share, nearly our entire social circle is at our fingertips. It would be difficult for most to imagine a life without being able to contact anyone at any time. During an emergency, we can get help and inform others of a situation immediately. The convenience, like all conveniences, is forgotten and taken for granted after a while, however. Instead of appreciating the ability to text, we demand it.

In the 21st century, we changed the way humans communicate. Our new methods will evolve further, and texting will almost certainly be forgotten completely eventually. The next shift in instant communication is difficult to predict, but perhaps some day cell phones will be completely obsolete. Texting is a tool that is extremely beneficial on the surface, but may have some hidden side-effects.

Each person does have the ability to decide which conversations are the most important, though. If we make a choice to not allow it to overtake the entirety of our social interactions, it will continue to help us stretch the reach of our social circles. We need to keep in mind that it doesn’t matter how many people one converses with, but what one converses about with the right people. It may not be healthy for us to trade quality for convenience.