At 3:40 p.m. Oct. 20 a Grand Rapids Community College police officer was dispatched to the Calkins Science Building where two employees said a jacket was stolen. The employee said her jacket was in room 324 next to her laptop, but only the jacket was stolen. The other employee said an unknown “thin black male wearing a green hoodie and baseball cap” entered her office looking for his girlfriend. The employee told him she was the only one in the office and he needed to leave, which he did with no issue. She connected him to the stolen jacket because he was involved in an earlier burglary in the same building. Although she did not see him take anything, she “simply felt that he was responsible.” The GRCC police officer was able to identify the suspect from the earlier incident report, but not able to find a phone number on file. The officer did find an address, though, and at that address, made contact with a female who said only female college students lived at that address and that she did not know the suspect. The case is closed with no further action taken.

Gate damaged in the south commons outside of the Main Building

At 7:26 a.m. Oct. 21 a GRCC police officer was doing morning checks in the south commons outside of the Main Building, when they saw that a gate enclosing electrical units was damaged. The post near the building was dug around and pried away “to allow someone to skinny between the post and building.” The officer noted in the report that this area is frequented by homeless people trying to sleep under the exhaust vents from the building, and the gate was put up in an effort to prevent that from happening. The damage was reported to the facilities staff.

At 3:14 p.m. Oct. 21 a GRCC police officer was dispatched to Ransom Avenue, where a student had driven out of the parking ramp, jumped the curb and hit a pole. She was uninjured and no other vehicles were involved but her vehicle’s bumper was hanging off, wiper fluid was leaking, a headlight was smashed and car parts were rubbing the passenger side front tire. Plastic debris were all over the area. The student was able to call her dad and a towing company. The officer contacted custodial staff who cleaned up the debris. The case was closed with no further action.

At 5:21 p.m. Oct. 21 a GRCC police officer was dispatched to the fourth floor of the Main Building where facilities staff were asking a student to leave who wouldn’t comply. A GRCC employee asked the student to leave since it was past the building’s closing time on a Friday, and she refused, saying she was waiting for a ride. Upon further questioning, she said she was not actually waiting for a ride, she had just missed her bus and she thought she could stay in the building past closing for a short period of time and that one of the floors in the building was open until 7 p.m. The officer told her that both of those things were not true and advised that she find an earlier bus to take home. The student said “she does not feel that facilities staff have the right to greet her or hold doors for her, and that she believes they should only ask her to leave the building when it is appropriate.” The officer noted in the report that this is the second time they have told this student to leave after she continued to refuse. The officer explained to student again that she needed to leave when the facilities staff asked her to. She then left without an issue, and the case is closed. 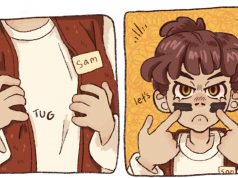 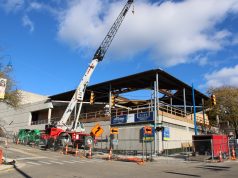