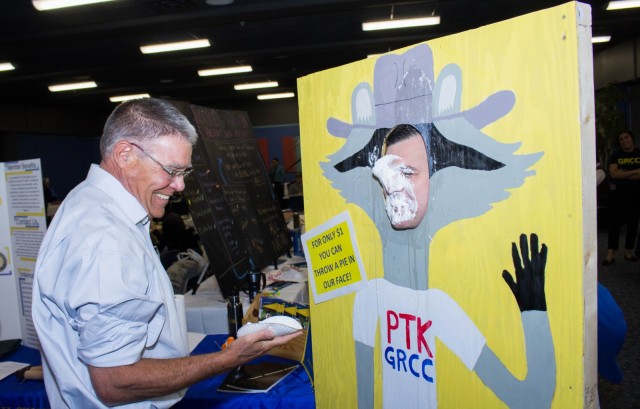 The Phi Theta Kappa will be hosting a Pie-In-The-Face fundraiser at the both of the women and men’s basketball games on Friday, Jan. 27.

“The main reason for doing this event is because we are currently raising money to help fund our trip to the national convention which is called The Catalyst,” said Morgan Brown, President of Phi Theta Kappa.

“We actually just did a layout for the total cost of the trip and it’s getting to the $10,000 mark to take six students and two advisors,” said Brown, 19.

Overall, this will be a great event for everyone to get some laughs and it will also be helpful for the Phi Thetta Kappa to be able to attend their trip to the Catalyst Convention.