I used to be a fairly self-centered person, but then I had a kid and everything in my life I thought I knew changed.

On Sept. 25, 2016, my life changed and would never be the same. My wife and I welcomed the most beautiful baby girl into the world. I knew right then and there everything else in my life mattered a whole lot less.

Being a dad is the greatest thing I’ve ever done and I would recommend it to anyone who’s responsible and financially able to support a family. But I’m writing this to warn readers of something nobody warned me about.

Parenting is rewarding but has many difficulties. With all that’s happening in the world today, I often wonder how to protect my daughter from the evil that’s out there.

Last Wednesday, there was another school shooting and I couldn’t help but think about my daughter’s safety and wellbeing. Fortunately, she’s not old enough yet to understand what happened and I didn’t have to explain it to her. But I’m not naive and I know a day will come when she’s older and want to know why the people on the television are crying.

When the Sandy Hook school shooting happened, I was a single man with no children and nobody to look after except myself. I saw the news coverage and it was heartbreaking. Honestly though, minutes after watching the news coverage, I went on with my life and didn’t really give it a second thought. That’s where being a parent changed the way I think.

I recently tried to watch a documentary on the Sandy Hook shooting and couldn’t make it more than 10 minutes in because I was an emotional wreck. Before I had my daughter, I could’ve watched that documentary with no emotional investment. After having her, I just wanted to turn it off and go hold her tight.

I’ve never been an emotional person but when the doctors handed my daughter to me, and I looked down and counted her fingers and toes and saw how beautiful and perfect she was, I was crying harder than she was. That was the first time I had cried in many years. Now I can’t watch a Make-a-Wish story without breaking down.

When you have a child, your perspective changes and all you want to do is protect and love them. If anyone tried to harm my daughter, I don’t know what I would do but I wouldn’t want to be the person who has to find that out. There’s a reason it’s scarier to run into bear cubs in the wilderness than it is to run into an adult bear. An adult bear may be territorial but often will go the other way if they see a human. If there’s cubs, Momma Bear is close by and she will go above and beyond to make sure her cubs are safe.

Humans are no different. Scientists recently did a study on men who recently had a child. They discovered there is a chemical change in the human brain once you become a parent.

I noticed this change in my brain when I recently watched news coverage of the Larry Nassar case. I saw a dad beg the judge to give him five minutes in a locked room with Nassar. I cried as I watched this broken man who couldn’t protect his daughters plead with the judge. When the judge denied him, he charged at Nassar and had to be taken down by multiple police officers in the courtroom. I felt so empathetic for him and part of me was hoping the police would let him get a few blows in.

I know as my daughter gets older, I won’t always be able to protect her and that tears me up inside. I will always do my best to be there for her.

If you have kids, go and hug them tight. Kiss them and let them know how much you love them.

If you don’t have kids, just know that everything I described here applies to all parents. They feel the same way about you. So go give them a call and let them know how much you love them and appreciate all the sacrifices they’ve made and everything they’ve done for you. 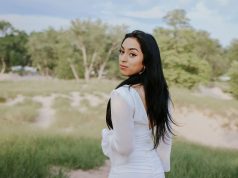