Bey and Jay announce they’re going back on tour together!

Beyonce and husband Jay-Z announced Monday morning that they will be going on the road again with a stadium tour titled “On The Run II.”

The tour itself will start Wed. June 6, in Cardiff, UK. They will have stops in 15 cities across the United Kingdom and Europe, and 21 cities in North America.

Tickets will go on sale to the general public on Mon. March 19, on livenation.com. Citi Cardmembers will be given access to presale tickets on Wed. March 14. Honestly, the credit card debt will be worth it to secure a seat. Also, if you’re part of the Beyhive you will get early access to tickets through Beyonce.com.

In 2014 the power couple embarked on the On The Run Tour, performing six weeks of sold-out stadiums across North America and finished up in Paris, France.

A quick recap of the iHeartRadio Music Awards

Cardi B had a big night out, winning the award for Best New Artist and announcing her debut album will drop in April 2018 during her acceptance speech. Along with her big win, she opened the show with a medley of songs including “Finesse”, “Motorsport” and “Bodak Yellow,” with a whole crew of dancers.

Taylor Swift was also an award recipient, for Female Artist of the Year. Swift wasn’t in attendance but decided to debut her new music video for her song “Delicate” off her most recent album.

“I just wanted to say thank you so much for this award. And to the fans that you have done and always continue to do, you’re the best,” Swift said in a video. “I cannot wait to see you on tour, I’m actually in rehearsals right now, and that’s why I’m not there. But in my absence, and to show my gratitude, I really wanted to show you my brand new video for my new single “Delicate.” This video I’m so excited about and I hope you like it too.”

Chance the Rapper had one of the biggest honors of the evening by being named Innovator of the Year. The award celebrates artists who use their money and fame to push forward their philanthropic efforts. Previous winners include Justin Timberlake, U2, Bruno Mars and Pharrell Williams, who actually presented Chance with the award.

At only 24-years-old Chance is a three-time Grammy winner and seven-time nominee. He has fought for youth empowerment through the arts and education through his non-profit organization, SocialWorks.

In his acceptance speech, Chance took the opportunity to thank Pharrell Williams for the positive influence he’s had on his life.

“Thank you, first of all. And real quick, since nothing is scripted up here, thank you Pharrell for number one being just a positive, I say that with as much impact as I can, a positive influence in my life since I was young. But also, for giving me the confidence, because I don’t know if you remember this a long time ago we were at a studio, and I was telling you, I think I need to sell this third mixtape, so I can get my nominations at the Grammys and blah, blah, blah. And you were like, ‘No, you don’t gotta do that.’ And just with small passing things that you say, I don’t know if you know how much weight it carries on people, but thank you.”

Earlier this week, a former employee on the set of the hit Netflix TV show “Stranger Things” announced that she would not be working on the third season of the show because she witnessed “two men in high positions of power on that set seek out and verbally abuse multiple women.”

Peyton Brown, a grip on the show posted a lengthy Instagram caption sounding off on the show and showing her support to women. She didn’t directly name the brothers in this post, but later confirmed in the comments that she was speaking about them.

Matt Duffer and Ross Duffer, aka the Duffer Brothers, are the production company that brought “Stranger Things” to life and have decided to speak out about the accusations.

“We are deeply upset to learn that someone felt uncomfortable on our set. Due to the high-stress nature of production, tempers occasionally get frayed, and for that, we apologize,” the brothers said in a statement. “However, we think it is important not to mischaracterize our set, where we believe strongly in treating everyone fairly regardless of gender, orientation, race, religion, or anything else. We remain totally committed to providing a safe and collaborative working environment for everyone on our productions.”

Netflix was quick to respond by saying they had looked into the matter and there was no “wrongdoing.”

“We looked into the concern that was raised when we heard of the allegation on Thursday and found no wrongdoing. Maintaining a safe, respectful atmosphere on set is important to us, and we know it is to the Duffer brothers as well.” 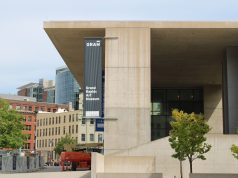 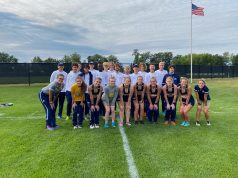