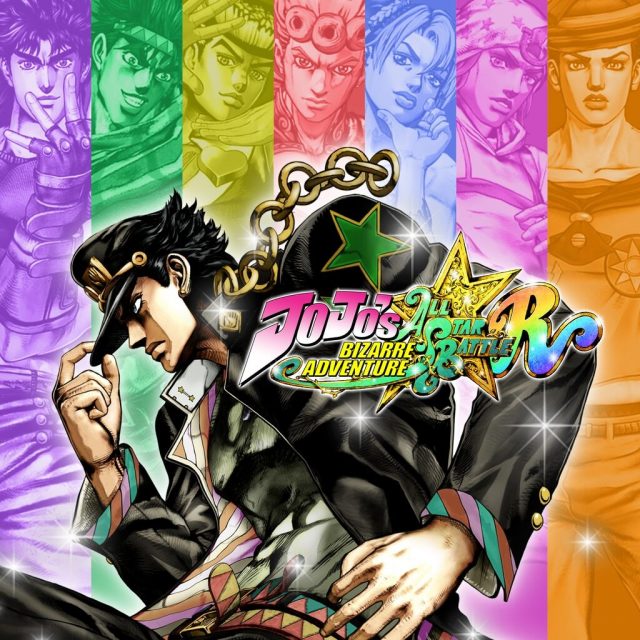 “JoJo’s Bizarre Adventure” is a series that has been around since the 1980s, but until 2012 it was relatively unknown in the western pop-culture sphere. That isn’t to say it was free of influence, because there was a very niche community and one or two games released overseas, but overall it was not well known outside of Japan. But that all changed when the 2012 anime adaptation was released. Since then, the series has gained a lot of notoriety and a large fanbase in both Japan and the western sphere. In an attempt to celebrate the release of the anime adaptation, a game called JoJo’s Bizarre Adventure: All-Star Battle would release soon after, in 2013, on PS3. And now that the last part of the original run has finished being animated, the game has been finally re-released as JoJo’s Bizarre Adventure: All-Star Battle R, a remaster and improvement on the original.

But that all begs the question, what is “JoJo’s Bizarre Adventure?” “JoJo’s Bizarre Adventure” is an action-adventure manga series that first was issued in the Japanese magazine Weekly Shonen Jump, and follows the various quests undertaken by the Joestar family, starting with Jonathan Joestar in the 1800s. The adventures in question have all sorts of strange happenings, which include but are not limited to vampires, zombies, chimeras, a race of super-vampires from Mexico called “Pillar Men,” cyborgs, magic breathing, magic ghosts called “Stands” that can be summoned to fight opponents, arrows that can give people Stands but kill you if you’re not worthy, arrows that can grant stands infinite power, an alleyway that drags your soul directly into the abyss but only if you turn around, discs that have stands on them, the body of Christ, and more. Truly, it lives up to the name JoJo’s Bizarre Adventure.

With a history as long and a story as strange as that, it’s no surprise that All-Star Battle R attempts to be a fanservice game – a game that attempts to cater to fans of the series through references and character interactions. All-Star Battle R is a fighting game, ala Street Fighter or Tekken, where the player must make use of a character’s unique move set to take down their opponent in one-on-one fights. Much of this move set can be accessed through inputs, such as pressing down and right before attacking to shoot a projectile.

As a fighting game, it’s good, and has a unique mechanic in the form of Stands, which practically doubles the move sets of most characters. In terms of game modes, there’s a story mode that tells abridged versions of the original manga stories, an arcade mode which pits the player against a series of opponents as the character of their choice, a versus mode to play some rounds where the player can pick everything involved and play with friends, and the online mode, which is like the versus mode but with online multiplayer. The biggest downside of the game is that, due to its nature as a fighting game, it’s a game that might not be very inviting competitively to many people, due to the learning curve of its more technical aspects, and it is a bit strapped for content if one isn’t too big into multiplayer.

The aesthetics of the game are the real highlight, however – in particular, the visuals and the voice acting are incredible. The visuals are highly stylized, to match the manga’s distinct art style, and even though the models were made with the PS3 in mind, they still all look pretty good even by modern standards. The voice acting is done in its entirety by the Japanese voice cast from the anime adaptation, and the voice actors – Jonathan’s in particular comes to mind – clearly put their hearts and souls into their performances. These performances often recreate some of the most iconic moments of the series and even create what-if scenarios that fans will definitely get a kick out of. The worst part of the presentation is the music, but even then it’s still alright, just forgettable. While it is a shame that it lacks some of the incredible tracks from the anime adaptation, the rest of the aesthetics make up for it.

JoJo’s Bizarre Adventure: All-Star Battle R isn’t a perfect game. But the charm and insanity of the original series lives on in its presentation and gameplay, and for $50, fans of the series, whether old or new, are sure to enjoy it quite a bit.