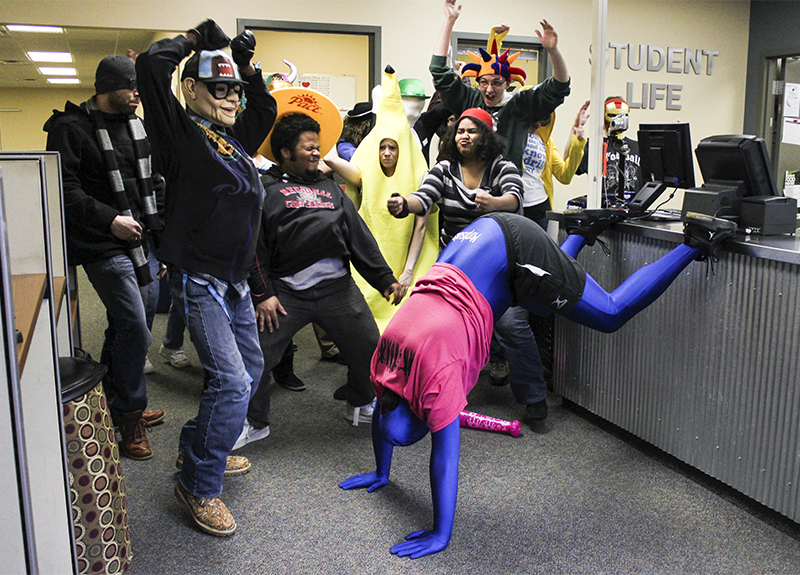 “I think it went better than expected,” Smitter said. “I was either anticipating too many people to show up or no one to show up, and based on how many people had come early, I thought no one was going to show up, so I’m very pleased with our turnout.”

The Harlem Shake is a popular YouTube trend where groups of people are shown in relatively normal situations (usually), and after a single person begins dancing, the next scene comes on with everyone dressed in costumes and dancing in place.

The shoot yesterday will be the second scene to the finished video.

“Because of the way the videos are laid out, we don’t have to have everyone there again,” Smitter said. She said the first scene will also take place in the Student Life office, with GRCC student Deavondre Jones dancing in the beginning and others going about business as usual.

“Our hope is that it’ll be done by Friday, but we can’t make any promises,” Smitter said.