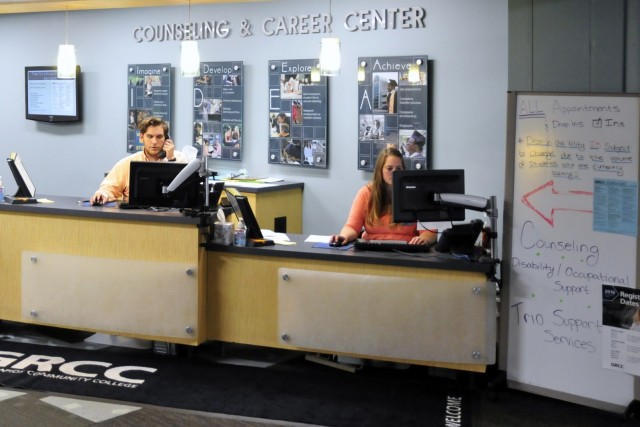 A dilemma many students face in their college career is choosing a major.

Most students at Grand Rapids Community College plan to either graduate with an associate’s degree, transfer to a university to continue towards a bachelor’s degree or just start accumulating credits for a cheaper price while they figure out what they may be interested in. Regardless of the situation, academic advisers encourage students to be thinking about their future from day one and choosing a major is part of the process.

“It’s okay to be undecided when you first come to school,” GRCC academic adviser Angela Long said. She recommends that students know their major by the time they finish their general classes in order to not waste time or money.

“Utilize the resources we have,” Long suggested. The Counseling and Career Center on the GRCC website offers career exploration, a career coach, and other resources to help students choose a major.

Meeting with a counselor or adviser can also be helpful to students.

“We have them do two or three tests to see if their interests match up,” Long said, adding that the tests are free for students.

Some students find themselves struggling to decide which major is right for them.

“I was undecided up until about a week ago,” said Charlie O’Connor, 18, a graduate of West Catholic High School.

O’Connor recently chose to major in Supply Chain Management when he transfers to Michigan State University next fall. He said he chose this major because a career in this field would allow him to be “interactive with other people and provide a wide variety of jobs in the field.”

Some students are driven by a passion that comes from who they are.

Maria Frey, an 18-year-old Northview High School graduate, just started her freshman year at GRCC and plans on transferring to Grand Valley State University or Ferris State University to become a nurse because she likes helping others.

“I have always liked science,”  Frey said. “I like dealing with people. I’ve been told I’m good at taking care of people.”

Not all students feel a certain interest in one particular subject yet.

“It would have been easier to decide if I was super passionate about something,” said Mackenzie Hartwell, 19, who had trouble choosing a major when she started at GRCC last fall.

But as she eases into her second year of college, her thoughts have changed.

Hartwell recently chose to transfer to Central Michigan University next year to major in Marketing and Event Coordinating.

“I went back to my roots and realized how much I love planning and organizing,” Hartwell said. “It really helped me to talk with advisers at the college I’m transferring to because it’s important to figure out which credits will transfer.”

GRCC offers many resources to help students discover a major, and there are always opportunities to figure out which major is right for each student.

“Talking to other people helped me decide that [nursing] is definitely what I wanted to do,” said Emily Tulecki, a 19-year-old graduate of Forest Hills Eastern High School, in her second year at GRCC.

Tulecki recommends that students find people in their potential field and talk with them to see if it sounds like it would be a good fit. She said it is helpful to “take classes that involve something you enjoy doing, and from there see what you’re most interested in.” 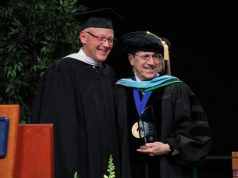