It’s not everyday that you walk into a local restaurant and have your order taken by a Grand Rapids Community College student, who happens to own the place.

Well, when you walk into American Dogs & More on 517 Leonard NW, in Grand Rapids, expect to be greeted and waited on by Deriana Peoples, the 19-year-old owner.

Peoples is a graduate of Union High School.

Outside of being an owner, Peoples is a part-time student at GRCC where she studies business administration. Peoples is also carrying a 3.3 cumulative GPA, with the hopes of transferring to Davenport University.

Taking courses at GRCC has improved People’s focus and ability to manage her time to become a better entrepreneur.

“The classes I take at GRCC help me with time management, how to critically deal with things and also how to deal with different people,” Peoples said. “My psychology class was the main class that helped me in terms of being a better entrepreneur.”

The main reason as to why she wanted to purchase her own business was due to watching her mother be her own boss at an early age.

“Watching my mom as I grew up and seeing that she never had a boss made me want to own my own business,” Peoples said. “I don’t want to answer to nobody and plus I want to be financially stable.”

People’s mistakes early in childhood motivated her to accomplish her dreams of becoming an entrepreneur.

“When I was in the eighth grade, I got in trouble in school and got expelled,” Peoples said. “That feeling of failure, I never wanted to feel that again. After that I thought I wasn’t going to succeed in life after getting in trouble. That motivated me to accomplish anything I pursue now.”

Peoples has always paid close attention to her finances and the way she spends money. Saving her work checks week-by-week played an early role into adopting a business mindset and becoming more financially stable.

“I didn’t want to be broke and I knew I wanted to someday buy a building, so I saved all of my work checks,” Peoples said. “I would never spend them.”

While the process of searching for her own building was going smoothly, her life took a drastic turn in 2008. Peoples was in a terrible car accident. Following the accident she was immediately checked into Mary Free Bed Hospital where she stayed for 22 days to recover.

After she was discharged from the hospital, Peoples was able to leave and she went on to continue her business venture. Day-by-day, that scarring moment seemed like just an event that threaten her life, but it turned out to be the blessing and the breakthrough that she was looking for.

With the help from her Uncle Tony, the search for a location wasn’t hard.

“I’ve been asking my Uncle Tony to help me through the avenues of business and where I can start my own business,” Peoples said. “Basically he helped me get my place at the price that I did and we went from there.”

American Dogs & more is growing by the day, but being a young entrepreneur has it’s obstacles.

“It’s not always easy, some days are slow days, and some days are busy,” Peoples said. “Also finding workers is tough because sometimes people aren’t available to help me.”

Now being an owner, Peoples has to pay close attention to what she does outside her place of business.

“I’m my own boss, so I have to be smart about the decisions I make outside my business, for example, like when my friends want to go out,” Peoples said. “I have to choose which one I want to do, close the restaurant for the night or go have fun.”

Peoples often reflects on who her biggest influences are during her business venture.

“My mom and my brothers influenced me a lot, “ Peoples said. “My uncle Tony, who is an entrepreneur too, influences me a lot as well, he always there for me.”

People’s mom also commented on her daughter’s rise as the owner of American Dogs.

“I’m extremely proud of her, I’ve seen her grow,” Debra Collier said. “Deriana used to be babyish, but now she has matured so much because she knows the severity of it. I’m proud of her commitment to wanting this to work, she makes it work no matter what. The winter was a hard time for us because hot dogs are a sunshine type of food, and Deriana pushed through the winter even when I begged her to sell the building, she continually said no.”

Peoples’s long terms goals for her restaurant is to see consistent growth, while looking for other avenues to hopefully one day expand her business.

“I want my restaurant to succeed and grow,” Peoples said. “Hopefully, one day, I can get some franchise businesses out there and I want to seek some sponsors.”

Peoples gave some advice for all young entrepreneurs out there.

“In life just make sure that you stay focused,” Peoples said. “Always keep your goals in your mind and you can never fail.”

American Dogs & more menu has all of the delicious hot dogs and polishes you can find. Like their American hot dog that comes with chili, cheese, pickles, onions, mustard and ketchup. They also have a veggie dog for customers who love themselves some veggies.

Hot dogs aren’t the only mouth watering food on the menu, they also serve nachos, 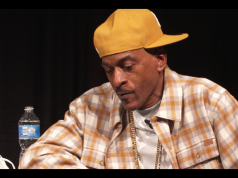 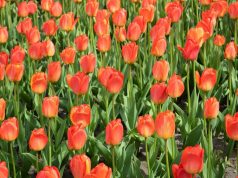 How The Injustice Towards George Floyd Changed Our City