An 18-year-old Grand Rapids Community College student was hit in the head by what appeared to be a jealous boyfriend, following a conversation between the victim and a female classmate.

The incident took place around noon on Sept. 4, and was reported by the victim to GRCC Police Department the same day. According to the report the victim was having a “casual” conversation with an 18-year-old female classmate in the hallway of Raleigh J. Finkelstein Hall after the class they shared had ended. This is when the classmate’s 19-year-old boyfriend came up to them and demanded to know who the victim was. The classmate and her boyfriend then preceded to get into an argument, while the victim attempted to leave and go get on the elevator. The victim was ignoring the sounds of the argument, believing himself to be apart from it, when the boyfriend then reportedly ran at him and punched him in the head.

The police were able to confirm the identity of the female classmate and suspect, who is not a GRCC student, as well as their status as a couple when the incident took place, though according to the classmate, they are no longer together.

A warrant for the arrest of the suspect was issued following numerous failed attempts by the police to get the suspect to come down to the department to discuss the incident.

Defunding the Police: What Would it Mean For Grand Rapids? 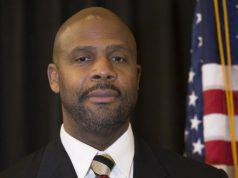 From Flint to Grand Rapids And Back Again: GRCC’s Director of the Police and Corrections Training Academies Is Going Home

Kate vs the Clock: A review of ‘Kate’