Greetings Nightlighters, it is I the “ adrenaline addicted, alliteration armed action, movie loving autistic man” Jamie Miller here with yet another issue of Nightlight. Now readers as you may know, I wrote a review for Birds of Prey. Now, I really enjoyed that movie. So imagine my anticipation when I learned that Mary Elizabeth Winstead was starring in her own ultra violent,  ultra bloody action movie. And let’s just say I was far from disappointed.

“Kate,” which was released on September 10, tells the story of well Kate, played by Winstead. Now Kate is your typical woman, wants to settle down, maybe have some kids… And, oh yeah, is an incredibly lethal assassin. Despite her incredibly lethal skill set and high body count, all Kate wants is to be able to leave her career of killing behind. However after a job gone wrong Kate is given 24 hours to live. Thus a mad dash ensues to take revenge on those responsible. However, Kate’s kamikaze mission brings young Ani into her path, this gives Kate the chance to achieve something even more valuable than revenge… Redemption.

The film stars the aforementioned Winstead, known from films including “Sky High” and “Abraham Lincoln Vampire Hunter,” in the role of the titular assassin. Woody Harrelson, known for films including “Natural Born Killers” and the “Hunger Games” trilogy stars as Varrick Kate’s handler and father figure. Miku Martineau stars as Ani, the daughter of a previous target who finds her way into Kate’s care. Also along for the ride are Tadanobu Asano known for playing Hogun in the Marvel Cinematic Universe and Raiden in the “Mortal Kombat” remake in the role of Renji, a slimeball Yakuza member. And Jun Kunimura is likely known to American audiences for playing vice admiral Chūichi Nagumo in “Midway” and to Japanese audiences for being in a literal legion of Japanese movies in the role of Kijima a high ranking figure in the Yakuza and Ani’s uncle.

“Kate” was not a bad movie. Granted it was somewhat formulaic, your standard ruthless killer grows a conscience and fights to set things right. But, man oh man, does it do it well. Ms. Winstead is able to perfectly portray Kate’s inner turmoil. Her struggle between her wish to go “straight” but her violent nature pulling her into more and more bloodshed as well as her past sins haunting her. I give it a solid six and a half torches out of 10. Like I said, it didn’t do anything new but it wasn’t bad either. 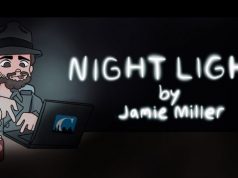 She is the love and he is the thunder: Another take on “Thor: Love and Thunder”