Following the shooting in Kalamazoo, Jason Brian Dalton, faces six counts of open murder and two counts of assault with intent of murder along with eight counts of use of firearm in the commission of a felony. With this being the 42nd mass shooting in the United States this year, it’s time for America to wake up to the sad truth that it’s not always a mental illness. Although, it’s very confusing how a majority of the amount of the shootings are Caucasian people, yet they are all seen in the same way of having it be something to do with a mental illness. Then when a minority commits this type of behavior it’s seen as an act of terrorism or just an act of violence.

Mental illness is referred to a wide range of mental health conditions or disorders that affect a person’s mood, thinking, and behavior.

According to a 2015 Huffington Post article, of 207 mass shootings committed in America, only one of those was committed by a Muslim named Mohammad Youssef Abdulazeez. As soon as this incident happened and it was made aware that the shooter was a Muslim, media sources stated the motivation behind the shooting to be an act of terrorism. The other 206 incidents never mentioned their religion, although when the shooter was a Muslim, the tables turned and it was sought out to be made something else. Furthermore, looking into the case, Abdulazeez was found to be an alcoholic, abused drugs and had a long history of mental illness.

James Holmes murdered 12 people in 2012 when he shot up a theater The media and his defense team instantly said it was an act of a mental illness, more so schizophrenia. The jury convicted Holmes and was sentenced for life in prison.

My concern is that the media and many people are so quick to view minorities in such a negative way, and put Caucasians in a spot where they are viewed as mentally ill. This is white privilege at it’s finest and it’s ridiculous to me to see this continue going on especially when the majority of mass shootings are carried out by Caucasians. 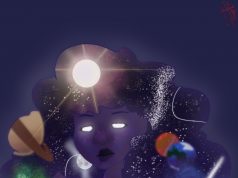